After the Second World War the Southern Railway bought a number of second hand (ex-US Army) steam tank locomotives for the Southampton Docks, the Class 07 was built in 1962 to replace them. The Class 07 was a compromise between small diesel-mechanical shunters and the larger diesel-electric Class 08/09s, having a small wheel base as needed for sharp curves in the docks but being heavier and more powerful in able to shunt heavy Ocean Liner trains [1][2]. They could also be used for local trip working and were fitted with marker lights for this though they were found to suffer from hot axle boxes if running at speed for extended period and so tended to be restricted to shunting.


The change to container traffic saw the docks area railway system run down, they were redundant by the late 1970s and were withdrawn from BR service in 1977 [3] though a number were sold on for industrial use and one serving in the departmental fleet at Eastleigh Works [4]. A number have also been preserved.

At the turn of the century many local lines were facing increased competition from the growing network of electric street cars (trams) and like a number of railway companies the North Eastern Railway turned to electric traction for its Tyneside network [4]. The EMUs were built at NER's York workshop with British Thomson-Houston electrical equipment and ran on a 600v DC third rail network which opened between Newcastle New Bridge Street and Benton in 1904, extending to Tynemouth later in the year [5] with further extensions in the following years.


The EMUs were built to the NER's style with clerestory roofs. The original batch of 88 vehicles included driving motor cars (both with first/class class compartments and all third [6]), trailers and motor parcel vans which had a compartment for fish! Another 35 cars were built in 1915. However disaster occurred in 1918 when a fire at Walkergate Car Sheds destroyed 34 cars held inside [7].

Thirty-four replacement cars were built between 1920 and 1922. These had more powerful BTH motors (140hp as opposed to the original 125hp motors) and an elliptical roof instead of a clerestory. The original stock was replaced by newer units built by Metro-Cammell in the 1930s but the 1920-22 stock remained in service until it was replaced by Class 416 EMUs in 1955. One 1904 built parcel van has been preserved.

The 2-HAPs were built for main line semi-fast stopping services to serve London commuters living further afield [1]. Although they were similar to earlier units they were geared for express operations and could reach 90 mp/h [2]. Unfortunately the 2-HAPs suffered from poor riding at speed, a set of bogies from each car was replaced by Commonwealth bogies at the inner end of each pair.


The initial batch of 2-HAPs were based on Southern Railway designs, using recycled underframes from withdrawn 2-NOLs, and indeed were among the last EMUs built from these production jigs[3]. The next 2 batches were based on the Mark 1 coach, those in the third and final batch were among the last new units built at Eastleigh. The initial batch was later known as the Class 414/1 with BR designed 2-HAPs known as 414/2 and 414/3.

Over the years they saw a number of modifications, some of the SR design 2-HAPs lost their first class accommodation for a time and were renamed 2-SAPs [4]. Others were reformed into 4 car EMUs known as the Class 413 4-CAP. Ten withdrawn DMBSOs were converted into motorised luggage vans for use with the Gatwick Express as Class 489 1-GLVs.

Although some units were withdrawn in the early 1980s the Class 414 remained in service until 1995 and saw nearly 40 years in service. Two sets have been preserved, one is being restored as part of the National Railway Museum sponsored Project Commuter. 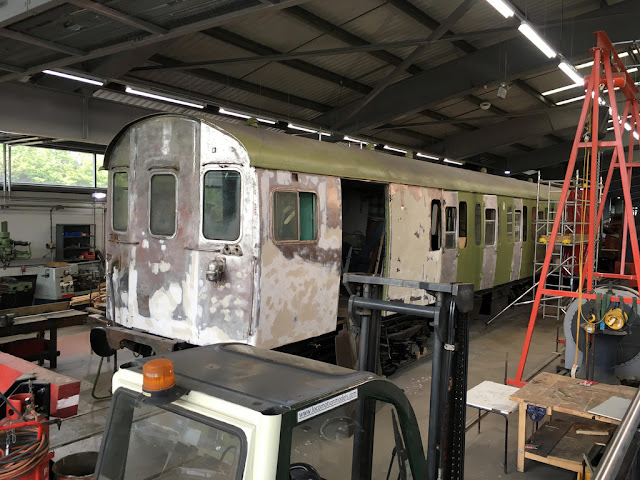 The Class 01 was a small class of shunter designed for use in shunting yards where there were tight curves and limited clearances which larger locomotives could not cope with. Four of the class, originally known as Class DY2 then D1/2, were built in 1965 for use for Eastern Region in the Stratford area [1]. A fifth was built a couple of years later for departmental service though returned to capital stock in 1967 [2].


Naturally such a small class of locomotive was doomed as the 1960s came to an end amid British Rail's determination to rationalise its locomotive fleet. However 2 of the class had an unlikely reprieve. Their small size meant they were suitable for use on the quarry breakwater tramway in Holyhead [3]. The 2 locomotives survived until 1982 and lasted long enough to carry TOPS numbers as 01 001 and 01 002.

Ironically though these 2 locomotives were scrapped and 2 of the other 3 which were withdrawn in the late 1960s ended up preserved after first being sold for industrial use.

Note: The Class 01 code has been reused in recent years for privately owned shunters that operate on National Rail metals as Class 01/5. These will be examined separately. 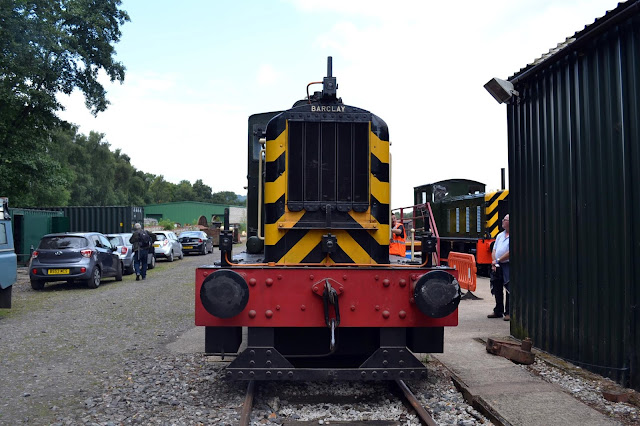 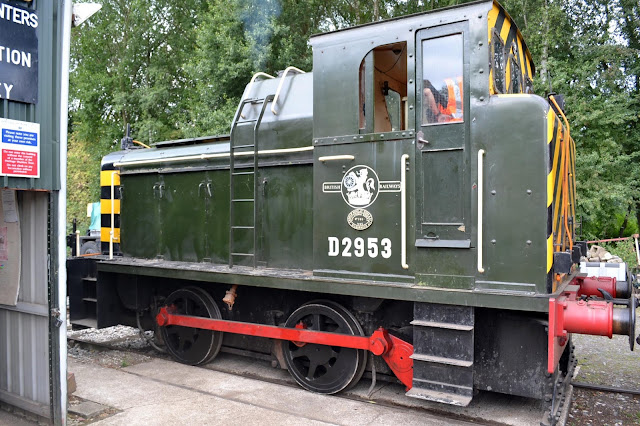 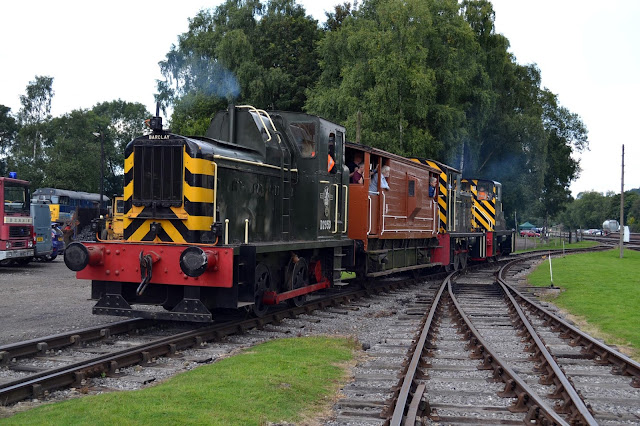 English Electric built hundreds of small electric locomotives for industrial service shunting from 1920 to 1951. Many were the Type 3B which were mostly built at the Dick Kerr works in Preston. While the basic configuration and bodyshell was the same the traction equipment and power collection setup depended on the customer's requirements and could vary greatly. Power collection could be via pantograph, tram pole or third rail. Some also had batteries though depending on the size of battery needed this could require the body being extended.